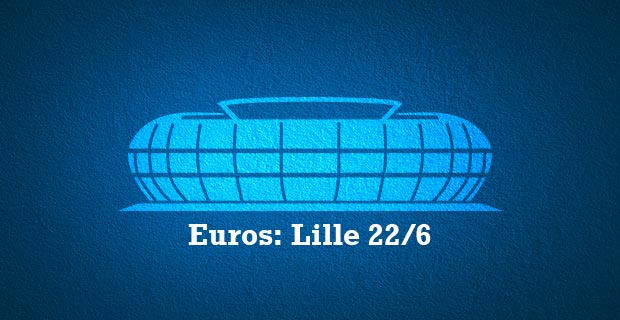 Lille is a splendid Northern French city with Flemish roots. But on June 22 nd it will

temporarily turn Irish and Italian, when the two teams battle it out in their last group

E game. If youâ€™re lucky enough to be supporting our boys in France, hereâ€™s how to

get there and what to do when you arrive.

At the other end of the country, Lille is some drive from Bordeaux. Near the

Belgium border, Lille is a cosmopolitan city with a strong Flemish flavour. The

largest city in the North, it has suffered many sieges through the centuries. If you

have time before or after the match, the picturesque Grand Place, reminiscent of

Brussels or Amsterdam, and the art museum are two must-sees.

Driving from Bordeaux: Itâ€™s an 800km drive via the A10, which should take

around seven hours and forty minutes.

By ferry: Rosslare to Cherbourg with Stena Line then onto Lille by car via the A29.

Itâ€™s a 510km drive, which should take around five hours.

Cork to Roscoff with Brittany Ferries and then onto Lille by car via the A29. Itâ€™s a

729km drive, which should take around seven hours.

The 50,000 capacity Stade Pierre-Mauroy is 7km from the city centre, accessible

PrÃ¨s) and then a free shuttle bus to the stadium. Lille has an automated Metro

You wonâ€™t be stuck for a good feed or a few drinks. Lille is famed for its bars and

Lille is small so wherever you stay you wonâ€™t be too far away from the action. B&B

and get good reviews.Â TheÂ Inter Hotel AscotelÂ is another decent option only slightly 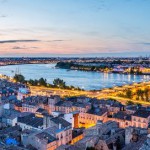