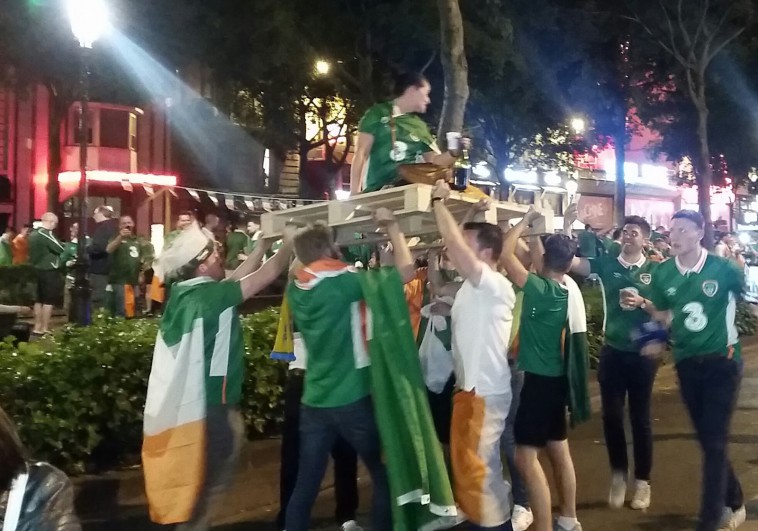 Danish police have praised the behaviour of Irish fans who managed to sneak into the home end at Parken Stadium.

An estimatedÂ 8,000 Irish fans made the journey to Copenhagen for the boys in green’s 0-0 stalemate with Denmark on Saturday.

AllÂ 2,900 tickets for the away end were snapped up, but a significant number of Irish fans managed to gain admission to the home end, despite warnings from the Danish FA in the buildup to the game.

“Well done to all 8,000 of you, especially the 3,000 who had to wear Danish jerseys to get into the stadium,” theÂ Kobenhavn Politi account tweeted.

“From a police point of view, Ireland is welcome again to play in the park. No recorded episodes of football fans in the nightlife. Thank you for that.”

Martin O’Neill also said he was proud of the Irish fans in today’s press conference.

“I am (proud),” the Ireland manager said.

“We had phenomenal number descend upon France. I think they came with awards. The fans have been absolutely fantastic. That’s a lot of people… and a lot of drinking too beforehand.

“To behave themselves in that manner is a great credit to them The fans for the Republic of Ireland have been extraordinary.

“In the last the years of competitive football, the crowd have stayed with us in a really big way.”