The SSE Airtricity League champions have signed the 36 year old on a free transfer after the former Republic of Ireland international left Crystal Palace.

Delaney is a Cork native, and last played for Cork City alongside current manager John CaulfieldÂ 18 years ago.

The veteran defender will be available for selection from July 1st onwards, and will bring a wealth of experience to the league leaders.

Delaney won nine international caps for the Boys in Green, and is excited to be back on home soil.

“I am really excited by what Cork City are doing and the direction the club is going in. Speaking to John, he is obviously very enthusiastic, I know he does things the right way and is driving forward, so that is something I want to be part of.

“I always watched from a distance, to see the results on a Friday night. Doing the double last year was a great achievement and I am looking forward to being part of something that is moving forward.

“Rather than stagnating or going to a club for the sake of itâ€¦ I think this club is really going forward and I want to be part of it, thatâ€™s why I chose to come here.”

“Playing in Europe was part of the draw for me. It will be nice to play Champions League football!” 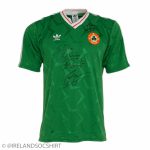 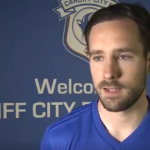