When he made his Premier League debut for Bournemouth at the tender age of 19 two years ago, goalkeeper Mark Travers impressed Mick McCarthy so much that he drew comparisons with Ireland legend Shay Given. Travers was instrumental in keeping the clean sheet that helped Bournemouth to a 1-0 home win, preventing the likes of Harry Kane and Son Heung-Min from getting on the scoresheet.

In the two-and-a-half years since, Travers has gone on to nail down the No. 1 shirt at the Vitality Stadium and if the Cherries are to achieve promotion to the Premiership at the second time of asking, his reliability between the sticks will be a key reason why. However, it hasn’t all been plain sailing for Travers since that day in the sun against Spurs – so can he really go on to fulfil his own potential and fill the sizable gloves of Given?

At the end of the 2018-19 season, Travers would have been forgiven for thinking that the hard yards with regard to breaking into the first team at Bournemouth were now behind him. Unfortunately for the youngster, that clean sheet against Tottenham was to be the high point for the foreseeable future.

Travers played just one game in the 19-20 season, with Aaron Ramsdale (now of Arsenal) preferred as first choice keeper. The following year proved to be little better, with Asmir Begovic edging ahead of him in the pecking order. Travers was forced to go out on loan to Swindon Town, where he suffered similar disappointment by only starting eight league games all season.

Not one to be discouraged at his lack of opportunities, Travers knuckled down in training and established himself as the first-choice goalie for the current 21-22 season. He has begun it in imperious form, as well, conceding the fewest goals of any keeper in the league and starting all but one of his team’s fixtures this time around.

Those sparkling performances have contributed to Bournemouth sitting atop the Championship table with a third of the season gone. It’s no wonder, then, that bookmakers and mobile bitcoin casinos are rating Bournemouth as the hot favourites to go back up to the Premiership come May. It would be a brave individual who would bet against that outcome, in cryptocurrency or otherwise.

Meanwhile, Travers has suffered similarly mixed fortunes with the national team. The failure of Ireland to qualify automatically for Euro 2020 put paid to McCarthy’s tenure in the job. Despite having worked extensively with McCarthy’s replacement Stephen Kenny at youth levels, Travers has found himself slip down the pecking order for the national team. The old saying of there are no buses and then three come along at once couldn’t be any truer for Travers situation with Ireland. At any other time, Travers would be rightly expecting a chance to become Ireland’s number 1 but there are two other young fantastic keepers ahead of him presently.

Darren Randolph, until very recently was Ireland’s clear number 1 and arguably Ireland’s best player over the past 5 years. Today Randolph is now 4th choice behind Caoimhin Kelleher (Liverpool), Gavin Bazunu (Man City on loan with Portsmouth) and Travers. Nonetheless, Travers’ impeccable form for Bournemouth this season cannot have gone unnoticed by Kenny. In fact, Kenny had picked Travers for his first competitive qualifier of the World Cup campaign, away to Serbia, but a couple of weak goals conceded that night let Bazunu in for the next games.

For now, Ireland’s goalkeeping gloves are firmly in the hands of Bazunu, who simply has been brilliant over the past three games. Travers just needs to be patient as anything can happen in football.

While taking on the mantle of such an iconic player as Shay Given might be a bridge too far for Mark Travers at the present juncture, the 22-year-old is in fantastic form right now and looks set to have a very respectable footballing career in front of him. 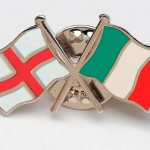 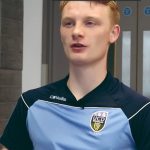