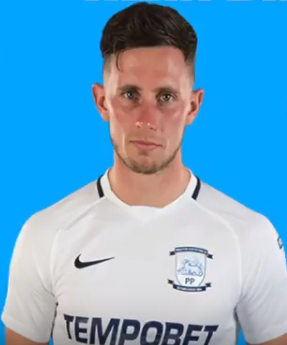 Alan Browne is eager to impress against France on Monday.

The Republic of Ireland midfielder scored against Celtic last week in Scott Brown’s testimonial, and has his sights on a place in Martin O’Neill’s midfield for the UEFA Nations League.

The 23 year old, who was named as Preston’s player of the year, also said the Boys in Green are capable of taking on any international side.

“Everybody knows the quality that the France team possesses and they will be really giving it a go to win it [the World Cup] outright. They will be raring to go, I’d imagine, and it’s just a chance for us to stake a claim in the team, and we will give it our all.”

Browne made his international debut against Mexico last year, but claims he has yet to show his best form in the green jersey.

He has the ability to bring goals and creativity to the Irish midfield, and is likely to get a chance to impress in Monday’s friendly in Paris.

“I think people doubt us at times, but I see the quality that the boys here possess every day and I think we’re more than capable of taking on any team,” he continued.

“I don’t think I’ve shown what I’m really capable of in the international set-up, but I’m confident of my own ability and I think I can go and show that in the near future.

“I know the other lads will be raring to do the same given the chance and with the Nations League coming up, it’s a real chance for all the boys to really stake a claim for that shirt and make it their own.”