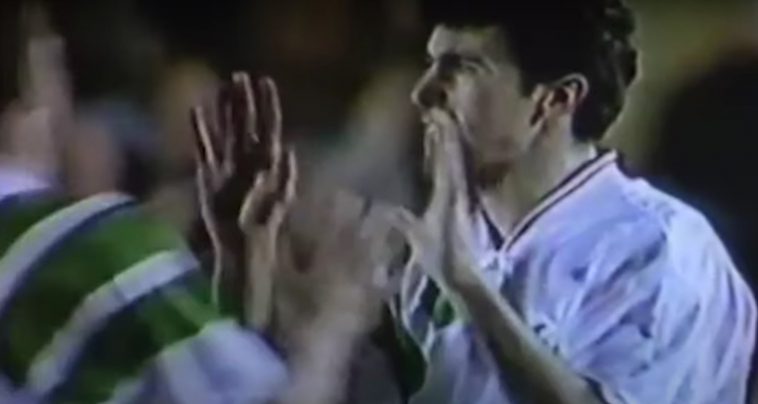 In any tribute to Alan McLoughlin, I guess there’s only one place you can start.

I’d already had a couple of false starts when it came to following Ireland away. My application for a ticket to the Euro 92 qualifier against England at Wembley had been turned down with my home ticket block booking account only opened during that campaign meaning I was way down the list. Rather than risk the guts of the week’s wages that travelling over without a ticket would have cost me, a spot in front of the big screen at the RDS was a poor but still enjoyable substitute.

Like many fans, I’d spent the two years between 1992 and 1994 saving enough cash on a monthly basis that would prove to my bank manager that the two grand a young lad straight out of college was looking for to fund a trip to the USA could be safely repaid. Those savings meant that trips to Denmark and Spain were beyond me as was the Eastern European triple-header to Albania, Latvia and Lithuania. Which left the final qualifier in Belfast against Northern Ireland as an affordable and ideal game to open my away account.

The horrendous and tragic escalation of the Troubles in the North, meaning no away tickets were allocated, dashed those hopes amid a realisation that missing the game wasn’t that big a deal in the broader picture. So a spot in the same boozer we’d watched the win over Latvia in, a result that deemed McGrath’s on the corner of O’Connell Bridge and Westmoreland Street a ‘lucky’ venue would have to suffice.

I recall the basement bar being far more rammed than it had been for that Latvia game and spirits high. There was a feeling that we should have too much for a side that we’d demolished 3-0 at Lansdowne earlier in the campaign, despite our stutter against Spain when we’d blown our first chance at qualification the previous month.

That optimism slowly drained over the course of the first half as we huffed and puffed but with Spain’s lead goal against Denmark just after the hour-mark meaning a draw would suffice, the atmosphere started building again as that combination of belief and nerves once more took hold.

So I’m sure the sinking feeling in my stomach as Jimmy Quinn volleyed Northern Ireland one-nil up on 73 minutes was matched nationwide. It was a superb goal but not one that had really been threatened and suddenly, my best-laid plans of the previous 18 months looked like they were going out the window.

And then Alan McLoughlin stepped up.

McLoughlin had had an unusual Ireland career. Having played no part in the Italia 90 qualifiers or even in the pre-tournament friendlies, a good performance in a B international against England at Turners Cross, allied to his performances in a promotion-chasing Swindon side, had marked him out as one to watch.

His goal that day actually cancelled out one from another player sadly no longer with us, Dalian Atkinson putting the visitors in front before a David Kelly penalty and a Niall Quinn brace saw Ireland clinch a 4-1 win over a side containing the likes of Tony Adams, Lee Dixon, Nigel Winterburn, David Batty and Matt Le Tissier.

Yet, he was very much one for the future as the squad set off to their World Cup training camp in Malta with Gary Waddock a popular choice in the 22 with fans, after battling back from serious injury to regain his spot.

In those pre-internet days, there was no chance of anything going viral but it’s safe to say that had there been, the clips of a shell-shocked Waddock leaving the camp after being told McLoughlin would be coming in at his expense, would have been everywhere. While there was sound logic behind the decision with McLoughlin, fresh from scoring Swindon’s winner in the play-off final, considered a better fit as a potential replacement for fitness doubt Ray Houghton, I remember being absolutely heartbroken for Waddock.

But managers are paid to make tough decisions and the fact that McLoughlin would make his debut as a sub against England and get minutes against Egypt in a tournament that no one really expected Waddock to see game time in vindicated the decision. Football can be a harsh game.

Having become one of a fairly unique club of footballers who make their debut in a World Cup finals, his momentum was stopped somewhat when Swindon’s promotion was denied as a result of financial irregularities and a million pound move to Southampton late in 1990 didn’t really work out.

A single appearance in the Euro 92 qualifiers, again against England, was further evidence of this stalling and friendly appearances were as good as it got during the 94 campaign until Ireland needed a hero.

The fact that the now Portsmouth player was even on the bench that night was unusual enough, having not made the matchday squad up until that point but cometh the hour, cometh the man.

That hero status seemed unlikely when Quinn had scored only three minutes after McLoughlin had replaced Houghton, a change that nodded to the reason he’d been brought into that 1990 squad. But three minutes can be a long time in a game and rather than losing the head, Ireland pushed forward to win a free by the right-hand corner flag for a foul on Eddie McGoldrick.

It’s fair to say that fingernails were being bitten to the quick where we were sat as the clock ticked into 76′ and Denis Irwin stood over the ball. A few expletives filled the smoky air as it was headed clear by Gerry Taggart but as the header dropped at the edge of the box there was Alan waiting to unerringly guide it into the net and, as Jack Charlton would say in his presser afterwards with a grin, “justify his existence for the last two years!”

When that ball hit the net, it generated as big a reaction as I think I’ve ever seen in a pub for a match, up there with the Italia 90 games. I’m talking tables going over, pints sprayed everywhere, people hugging on the ground, absolute mayhem.

Then what seemed an eternity as we waited for our final whistle and a second eternity as we waited on the whistle from Spain to confirm their ten men had held on to win against Denmark. Once that was official, over went the tables again as the entire room leapt as one to acclaim our new hero.

So a bank loan it was and like Alan, my debut (on an Ireland trip at least) was a World Cup opener, this time at Giants Stadium to see Houghton’s goal and McGrath’s Italian masterclass. While that World Cup may not have matched four years previous for either Ireland or Alan, who never made it off the bench, it still generated memories that will last forever. And none of those would have happened without him.

In fact, he’d only make one more appearance under Jack in a facile win over Lichtenstein but a late-career revival saw him become a key player as Mick McCarthy attempted to rebuild our side, an older head amongst the youth introduced.

His performances would be enough to win the FAI Senior Player of the Year award in 1996. But play-off heartache against Belgium in the 98 qualifiers and the full ninety minutes as Ireland contrived to a do a Macedonia with qualification for Euro 2000 in our grasp were as close as he came to another major finals.

He’d retire in 1999 after being on the bench for both legs of the subsequent play-off defeat to Turkey with a creditable 42 caps. While others may have won more caps or played more big games, few have scored a more iconic goal. In terms of sealing qualification, it’s undoubtedly top of the tree and is up there with the best of the goals we’ve scored in tournaments.

From all accounts and from his public persona in interviews and on commentary duty, Alan McLoughlin was an absolute gentleman. The dignity and bravery with which he fought his initial illness in 2012 were inspirational.

His dedication after that famous goal to “me wife and me little girl at home, Abby” seem so poignant now. Home may have been England but his heart bled pure green and all his family and friends have the deepest sympathy from all Ireland supporters. Unlike many Ireland fans I’ve seen pay tribute today, I was never lucky enough to meet the man yet I feel indebted to him.

This blog is from
https://afalsefirstxi.blogspot.com/2021/05/theres-only-one-alan-mcloughlin.html 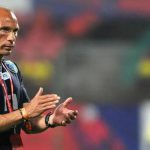 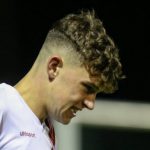