This was posted on our forum by Deise316Â after FAI CEO John Delaney released a statement in relation to the Rio ticket scandal.
At the very start, he (Delaney) Â emphasises the voluntary nature of the role, as in, the position was not something that was sought, it just happened to be some oul thing the FAI nominated him to do, sure it could have been anyone at all from the FAI really, it just turned out to be JD, and being of a charitable disposition, he said he would do it type thing. This, in the very first paragraph, is an attempt at distancing himself from the OCI, and it is a theme continued later in the statement.
The reality is, he is/was a senior member of the said organisation, not just an ordinary committee member, but one of 2 vice presidents, and one publically named by the then president, Pat Hickey, as a likely future president of the OCI. Pat even went as far as putting a timeframe on it, after the Toyko Olympics, when Mr Willie O’Brien would step down. Maybe, if Pat is proved innocent & retakes his OCI presidency, he might want to reconsider his choice of VP, as it doesn’t appear to be something JD is overly interested in any more, going on this statement.

BREAKING: John Delaney Issues Statement Denying He Was In The IRA

Â
The next bit- ”a number of serious allegations of wrongdoing & defamatory allegations made by Irish media”. It is a line Oscar Delta (another forum user) trotted out on here before, and the reality is that one media outlet, the Irish Daily Mail, printed something & subsequently had to retract it & apologise, as indeed they should have had they posted something factually incorrect. I didn’t see what they printed, but have been following this story reasonably closely, and have not seen a single other media outlet accuse Mr Delaney of anything at all, let alone serious wrongdoing. This is spin & nothing else and I highly doubt the legal teams of any Irish media outlet are sweating too much at the moment.

John Delaney claims he only went to 5 of 13 OCI meetings as OCI Vice President. You'd get kicked off a primary school board if you did that.

”These matters are now in the hands of my legal team” – basically trying to fire a warning shot here to media outlets to be careful in what they report. It naturally doesn’t say what percentage chance his legal team have of actually being able to prove any of these allegations of wrongdoing or defamatory comments, and I would be willing to bet tis pretty close to fcuk all. This is just bluster & an implied threat using the legal lads he is gone so fond of hiding behind.
‘No knowledge or involvement in anything to do with tickets for the games”. I actually think this is the truth. For the life of me, I can’t understand why he didn’t say this the day or day after Pat Hickey was arrested. Why the need for all the legal lads and the delayed by weeks statement, which is a simple one line denial ??. I would have a theory there, but it might not pass the legal requirements needed when speaking of JD or the FAI, so I’ll leave it there.
”FAI’s nominee on the board of OCI” – further attempt to minimise role. Just some random FAI employee the board chose to go to a few oul meetings. Not a senior VP of the OCI and spoken of as a future president.
”Role does not involve me in day to day operations”- further attempt to minimise role (3rd one already in a short statement)

”Bound by confidentiality” – but not when it comes to issuing a denial or a clarification. Either he is bound by confidentiality or he isn’t, seems he wants it both ways, some things to be confidential, some things to be public.
”Priority was to ensure all proper steps were put in place by OCI” ,”correct course of action”, ”cooperation with Judge Moran’s enquiry”, blah blah – this is legal box ticking and as such irrelevant to the rest of the statement.
Finishes with a few shorter statements ” no role or involvement in ticketing arrangements”- fair enough.
”Pro 10’s appointment as ticket reseller was not brought to the OCI board’s attention” . That, if you are Pat Hickey reading this statement, is actually explosive stuff, and has in probability, been missed by a lot of readers. Basically, JD is stating here that not only him, but none of the entire board of the OCI had anything to do with tickets, thus leaving Mr Hickey as last man standing. So , Pat Hickey is being hung out to dry here. I wonder is that a wise course of action……….time will tell.
”volunteer board member, not a day to day role” – distances himself from the OCI & his (senior) position in it for the 4th time in the statement.
”In a position to only attend 5 out of 13 board meetings” – 2 things on that, as Neil O’Riordan pointed out on Twitter, he had enough time to go to the European games in Baku, and secondly, perhaps it is just as well the OCI don’t have a ”board direct” points system when it comes to allocating tickets for Olympic Games/OCI related events for board members, poor oul JD might have fallen foul of it with a sketchy attendance record like that.
”Reconsider my position” – as soon as the Brazilians/Judge Moran find any hint of wrongdoing in the OCI, I’m out of here, this has proved a lot more hassle than I thought it would be. 5th attempt in this statement to distance himself, even hinting permanently at this point, from the OCI.
69
SHARES
FacebookTwitter
SubscribePinterestGoogle 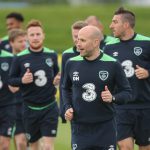